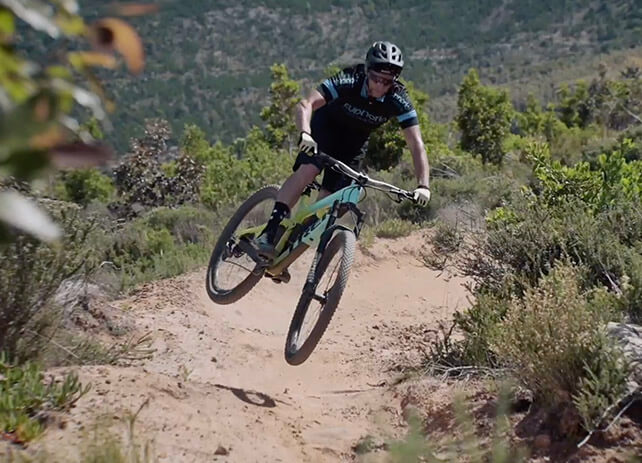 Euphoria Telecom + Vasbyt: A match made in mountain biking heaven

Euphoria Telecom is proud to announce an ongoing partnership with the fantastic team at TokaiMTB, who have recently revamped the much-loved network of trails in the Tokai Mountain Bike Park, located on the outskirts of Cape Town.

Euphoria Telecom is proud to announce an ongoing partnership with the fantastic team at TokaiMTB, who have recently revamped the much-loved network of trails in the Tokai Mountain Bike Park, located on the outskirts of Cape Town.

Euphoria sponsors and maintains the ever popular Vasbyt Trail, the last track before the TokaiMTB exit. Vasbyt is approximately 1.5 kilometers long with a hundred-meter elevation drop and a gradient of about 6.5 percent.

The trail dates back over 20 years and was initially built and maintained by volunteers until 2015 when fire completely destroyed the Tokai Forest along with the entire MTB trail network.

Thankfully TokaiMTB and a top notch team of trail builders stepped in to rebuild what had been lost – with the assistance of corporate sponsors.

Lionel Murray of Freewheel Cycology spearheaded the project and reached out to Euphoria for help.

“We were very lucky in that quite a few corporate players came in,” Murray says. “Especially important was Euphoria. They have sponsored Vasbyt. It was the most expensive trail to restore initially. Without these partners we’d be dead in the water and it’s through their kindness that we’ve actually managed to do this in Tokai”.

Euphoria CEO John Woollam, a keen mountain biker himself, was excited to get involved.

“Vasbyt is probably one of the most well known trails in South Africa, so for us to be aligned with this is an incredible opportunity.

“Mountain biking is very close to my heart,” he continues, “and of Euphoria’s executives – we really enjoy it. Many of our customers love mountain biking too and we just feel that being part of this trail is about more than the trail itself. It’s being out in the open, enjoying the environment and being part of something special. It’s created jobs, it’s an initiative around safety and security, so people can come and ride in the mountains and actually have that sense of safety from a planned trail that’s been done by professionals.”

“Safety and security has always been a massive concern for TokaiMTB,” says Murray. “Euphoria came up with a lovely concept – they’ve given us a switchboard and sponsored our Emergency Number. This allows the entire community to get hold of us, should there be a rescue needed, whether we need to get a helicopter evacuation and so on. The number will be found on the back of all of the membership boards and it’s available for everybody to use within the Tokai Park.”

To celebrate Euphoria’s second year sponsoring Vasbyt, a series of top-notch skills training and Vasbyt showcase videos has been created. This 5-part series was made in collaboration with acclaimed pro rider and the founder of Bike Network, Myles Kelsey.

The videos include a comprehensive overview of Vasbyt in all its glory as well as valuable advice for riders of all abilities from Myles and well-known Skills Coach Joanna Dobinson. The series also features an epic ‘Flow’ video that will make anyone who hasn’t ridden the new and improved Vasbyt Trail yet green with envy.

You can find the full series by visiting the Euphoria Telecom YouTube page.

Save the number and ride safely. See you on the trail!