CAPE TOWN – Euphoria Telecom is sharing its massive success with its staff, the company launched a new company-wide profit share initiative last year and has now made the first pay-outs to all its staff. This is part of the company’s growth strategy and to promote an inclusive culture.

Co-founder George Golding says that the difference between the Euphoria programme and most other schemes out there is that it doesn’t only incentivise a few key people but was instead devised with the wellbeing of all of the company’s employees in mind.

“The profit share we give out is not tied to an employee’s performance at all. Bonuses and incentives are a different aspect of our engagement model. Our profit share pay-outs are done over and above these payments,” he explains.

Caroline du Plessis, a reseller operator at Euphoria, is ecstatic about receiving her first pay-out. “It’s so refreshing to know that Euphoria management remains true to their word, and that they are open to sharing their profits with the people who have helped them earn it.”

Golding says many larger companies don’t share their profits with their employees. “While you do get a lot of share incentive schemes, the problem is that what people are used to in the marketplace is working for a company for 5+ years, and waiting for their promised share options to kick in.”

“But these options are only a small bit of equity in the company, which will only become liquid if the company exits or pays dividends. A lot of companies never actually reach that status, so their employees never see a cent. It’s a long-winded process that is often does not come to fruition,” he adds.

Euphoria reseller administrator Crystal Petersen says she is blown away. “It is just so simple, I am being given money for doing my bit and helping the company to be successful. I am grateful, thankful and totally amazed by our company’s ability to deliver on its promise. Euphoria has gone above and beyond to ensure that we as staff feel appreciated.”

Golding says Euphoria’s profit share system is purposely uncomplicated. “Five percent of the company’s profit, before tax, is paid out. In the third year of a person’s employment at Euphoria, they start to earn profit. The amount that is paid out to each person is based on their salary versus the total salary pool.”

“This is because this monetary value is the closest metric we have to measure each employee’s value contribution to the entity as a whole. This amount is transferred into our employees’ bank accounts after the financials are audited and approved,” he explains.

The scheme is independently analysed by the accountants, who are also in charge of distributing the profit certificates. Pay-outs occur twice a year, 50% in January and 50% in July for the previous financial year, and it covers everyone from the kitchen staff to senior managers, all except directors and shareholders.

Euphoria operations manager Garth Siebers says the tangible nature of the profit share scheme serves as great inspiration for the entire team. “When you get recognised for your hard work with a pat on the back, it makes you feel good.”

“When you get recognised for your hard work with profit share, it makes you work harder and smarter, and you feel good. All of a sudden, all aspects of the business become important to you,” says Samantha Mankala, a Software Developer.

Golding believes that the reason that more companies don’t mirror Euphoria’s unique profit share strategy is because of fear. “I believe other companies should know what we have done because it can give them the impetus to do the same.”

“It’s wasn’t a decision that was taken lightly. There was a fair amount of internal debate while we addressed all the issues that could potentially crop up, but in the end the benefits of showing our gratitude to our staff outweighed them all,” he recounts.

“Companies with a culture of reciprocity report much higher levels of internal alignment and employee engagement. The long-term rollout of a programme like this yields incredible rewards for the financial health of the company,” says Golding.

“A lot of companies will speak to their staff and tell them that they are all in the same boat, and provide verbal recognition, but they seldom put their money where their mouths are. At Euphoria we like to be straightforward and unapologetically authentic,” he adds.

Golding says Euphoria introduced the programme last year and paid out this year. “The process has been fully transparent and there was no lengthy waiting period. It’s as this easy as that – in your third year of working for Euphoria you will start earning profit.”

“We want our people to feel that they are a part of something inspiring, and we want the company to make more profits so everyone can share in them. Our dream is for our employees’ lives to be more financially stable, and just better in general,” he concludes. 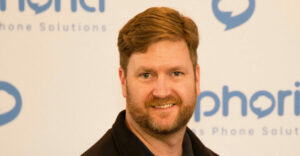 What a truly modern telephony solution can do for your business

Euphoria Telecom is a South African company on a mission to change the perceptions of what telephony solutions can do for your business. 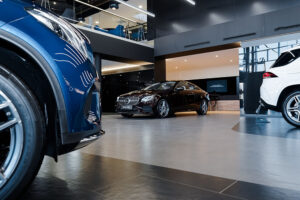 Despite the effects of COVID-19, the South African automotive industry remains the largest manufacturing sector in the country, and still contributed 4,9% to South Africa’s